Welcome to this new release of Mockoon. There are several bug fixes and new features in this version that we hope you will like.

You can now organize your routes into folders and sub-folders: 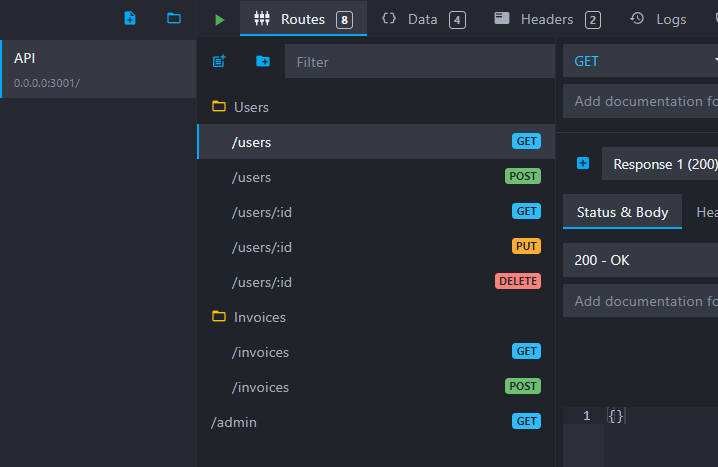 This new feature allows users to better organize their routes and make their APIs more readable and easier to navigate, with a clearer hierarchy. During the development, we also reworked how the drag and drop and the filtering are handled, which should result in an overall better experience. Head over to our folders documentation to learn more about this feature. (Issue #97)

We published a new @mockoon/serverless package to help you run your mocks in cloud functions and serverless environments (AWS Lambda, GCP/Firebase Functions, etc.). Head over to the dedicated documentation to learn more.

A big thank you to the following people that helped to make Mockoon better: