We added a new feature called "Data buckets". It's a key-value store available in each environment. Each data bucket is persistent and generated when the server starts. Data buckets can be directly linked to a route response or using one of the two new helpers: data and dataRaw. Read the documentation to learn more. 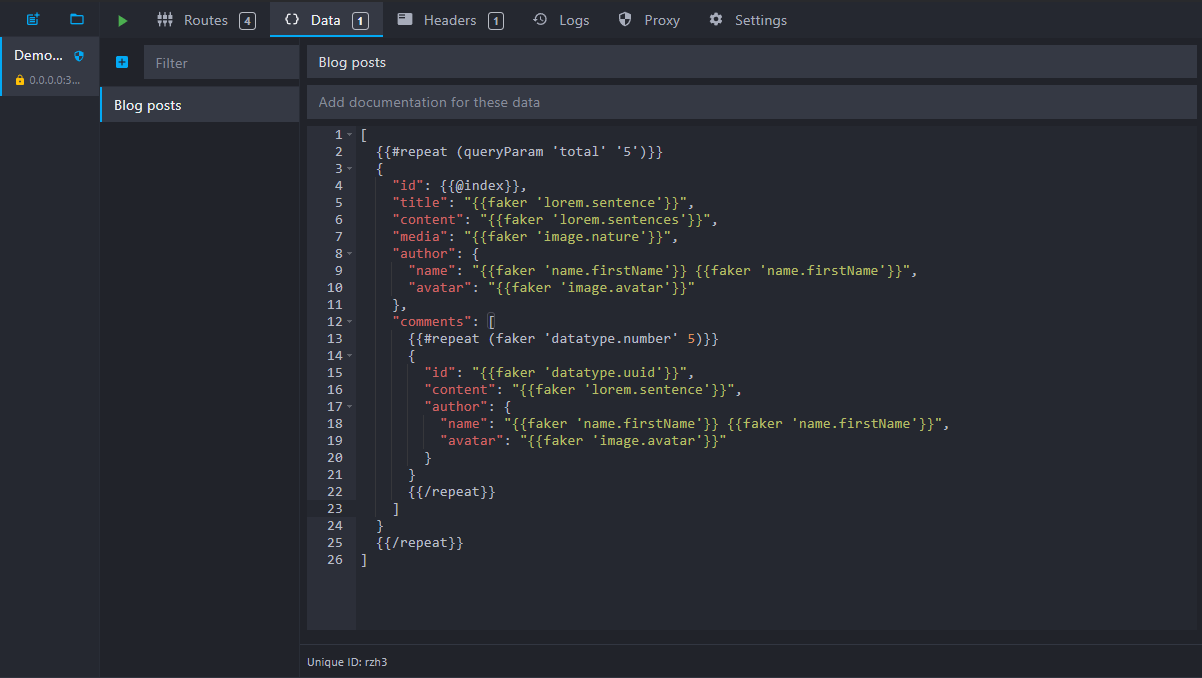 This first step will make the development of CRUD and GraphQL routes easier.

Until now, the save and open dialogs were pointing by default to Mockoon's binary folder. It could result in data loss as the folder could be wiped on some systems during an update. The dialogs now open to the application's data folder and save their current working directory as it should. (Issue #756)